Hospitality trainings for people with disabilities are part of the activities of the Swiss-supported project “Education for Employment in North Macedonia”. Thirty people were trained to become waiters, bartenders, and cooks, and many of them were employed right after finishing the training. One of them is Zivko Kosteski, a waiter in a bar in Skopje. 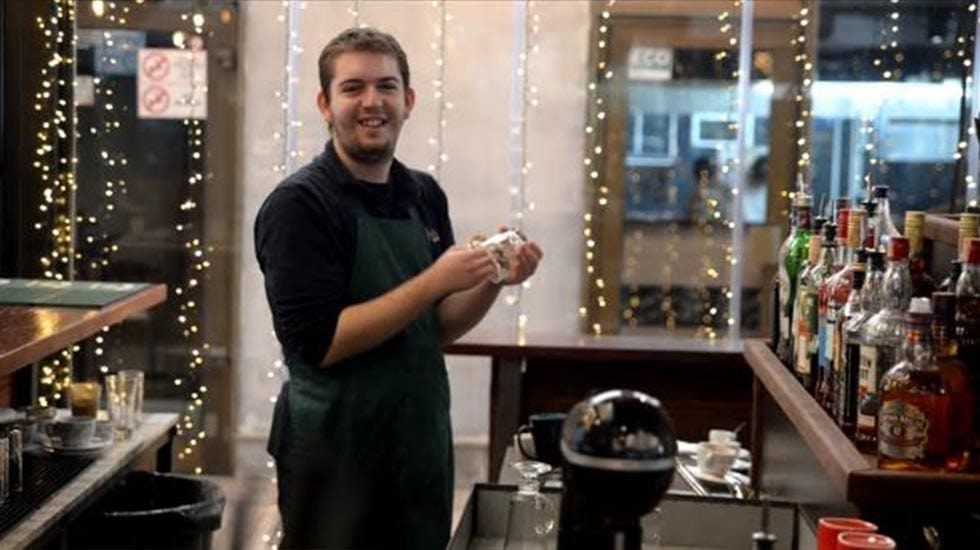 The rich smell of a freshly brewed coffee welcomes the guests walking into the Umbrella coffee bar in the City Shopping Centre in Skopje. Although late morning and way past usual coffee time, a few guests have taken seats. Approaching with a somehow shy body language, the 22-year-old waiter Zivko Kosteski takes an order from one of the tables. While he repeats the customer’s order to make sure he got it right, his colleague Berat Jakupi prepares the espresso machine for the incoming orders. Zivko, a graduate from the city’s hospitality school “Lazar Tanev”, finally found his “cup of tea”.

“Zivko’s dream came true when he started working here, at least that’s what he says and that is what counts for me,” said Marjan Petrov, the manager of the Umbrella coffee bar. “He was persistent to learn every trick in the book in serving and communicating with customers, and he succeeded despite his disability. Serving a cup of coffee or pitching a dish from our food menu with a big smile on his face is just another day at Zivko’s ‘office’.”

But before he got this chance to use his talents, Zivko struggled to find a job. He started looking for one right after high school, but the usual and polite rejection was: “Right now, we don’t need serving staff”! Zivko knew that restaurants need professional staff, so he never abandoned the pursuit of his dream to become a waiter or a bartender, or even a chef.

Despite his hospitality diploma, Zivko believed that gaining new skills will make him more competitive in the job market. In early 2019, Zivko saw his chance. The company Master Protection through its subsidiary DownForYou initiated hospitality training for people with disabilities under the mentorship of Sofija Georgievska, Associate Professor for social works and social policy from the Ss. Cyril and Methodius University in Skopje. The training was focused on waitering, cooking, bar tendering, and customer communication, and it was adapted to the capabilities of a large group of 30 people with disabilities.

“In cooperation with the Employment Agency of North Macedonia, we reached out to nearly 150 young people with disabilities and their families, out of which 30 participants came to the training. These trainings mean a lot to them as they receive the social attention hardly anyone gives them, on top of the possibility to acquire vocational skills. Getting a job after such training is the real ’remedy’ they need”, said Sofija Georgievska, who organized the trainings.

Zivko has an autistic spectrum disorder. He never missed a beat and went to every training session, with a lot of support from his parents and his girlfriend. After completing the training programme, he finally got his chance. The Umbrella bar saw Zivko’s potential and offered him a job, pairing him with Berat, an experienced bartender, who has strong visual impairment and albinism. Despite the hardship in battling their disabilities every single day, Zivko and Berat also battle social obstacles, keeping themselves from being socially excluded.

“His smile makes the coffee even better. The level of Zivko’s dedication to work is astonishing, I wish all bartenders were like him,” said a regular customer at the bar.

Considering that the number of employed people with disabilities in North Macedonia is critically low, a few providers of vocational skills, disabled persons’S organizations and companies show the way by organizing vocational skills trainings.

The hospitality training Zivko attended was supported by the Swiss Agency for Development and Cooperation’s project “Education for Employment in North Macedonia – E4E@мк”. Organized within E4E’s Opportunity Fund, the training resulted in the employment of 6 persons with disabilities in restaurants and hotels. This year, E4E’s Opportunity Fund became part of the Ministry of Labour and Social Policy’s Operational Programme for Employment, focusing on providing support to vocational trainings that will lead to gainful employment. 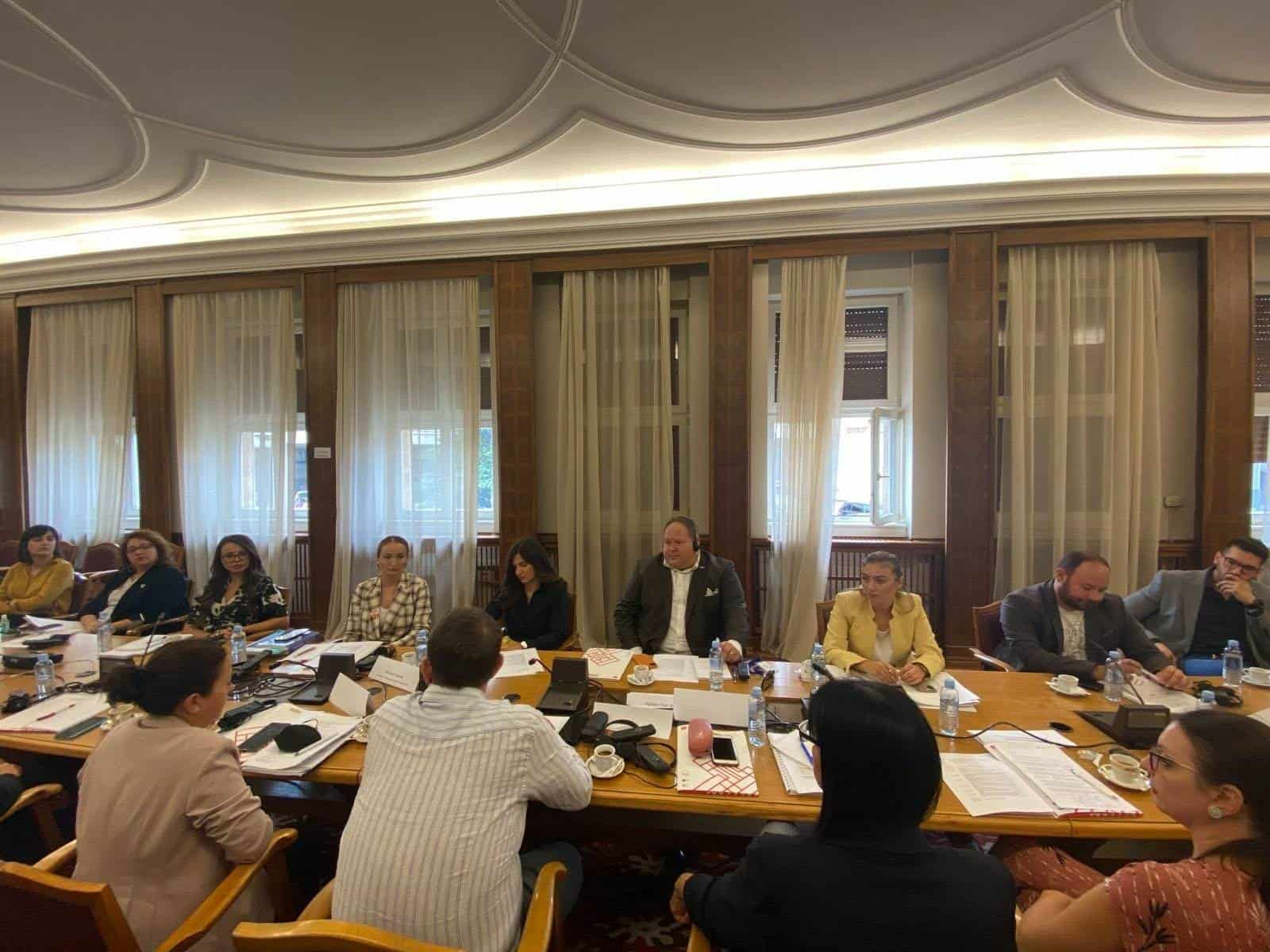 Access to employment measures and reduction of youth unemployment

SUPPORTING & GUIDING THE YOUTH IN TIMES OF UNCERTAINTY: THE ROLE OF INFORMATION IN CAREER ORIENTATION

A Triple Challenge? Disability and the COVID-19 pandemic